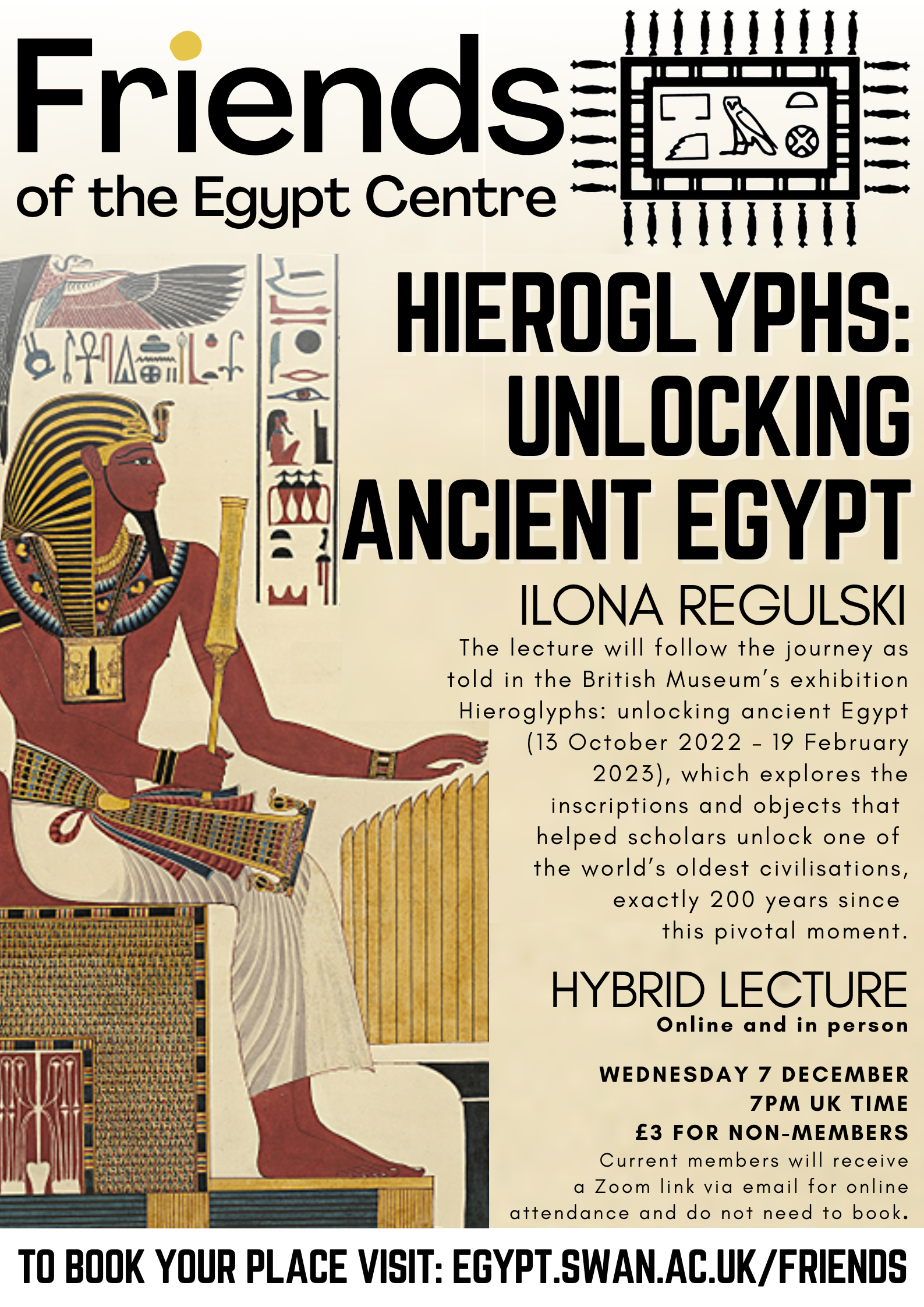 A The Egypt Centre Event

Ilona Regulski is the Curator of Egyptian Written Culture at the British Museum, responsible for the papyrus collection and other inscribed material in the collection, including the Rosetta Stone. Her areas of expertise include other aspects of the history and archaeology of Egypt and the ancient world in general. She is the director of a field project investigating the deep history of the Asyut Region (in middle Egypt), which involves community archaeology and heritage communication.

Ilona studied Near Eastern languages and cultures at the University of Leuven in Belgium and Egyptology at the Westfälische Wilhelms-Universität Münster in Germany. She was a research fellow at the Royal Museums of Art and History, Brussels (2002-2004) and assistant-director of the Dutch-Flemish Institute in Cairo (2005-2010). She received a PhD from Leuven University in 2007 examining the Origins of Writing in Egypt. Ilona continued her career as guest-lecturer at Yale University (2011) and Humboldt post-doctoral fellow at the Free University in Berlin (2012-2014) before moving to the British Museum in 2015. From June 2019 until May 2021, she represented the British Museum in the EU funded and Cairo-based project ‘Transforming the Egyptian Museum in Cairo’.

The lecture will follow the journey as told in the British Museum’s exhibition Hieroglyphs: unlocking ancient Egypt (13 October 2022 – 19 February 2023), which explores the inscriptions and objects that helped scholars unlock one of the world’s oldest civilisations, exactly 200 years since this pivotal moment.

Wednesday 7 December
7Pm UK time
£3 for non-members
Current members will receive
a Zoom link via email for online
attendance and do not need to book.