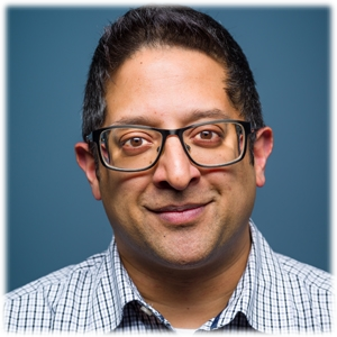 Ysgol Mathemateg a Chyfrifiadureg - School of Mathematics and Computer Science

This event is part of the Computational Foundry Events series

Writer, public speaker and entrepreneur, Sumit Paul-Choudhury, is a popular motivational speaker and AI expert. The acclaimed writer is an influential figure, who frequently tours the speaking circuit to share his knowledge of technology, business and science. Sumit can confidently discuss a wide range of topics, from artificial intelligence to climate change, effortlessly navigating complex subject matters in a manner that his audience can easily understand. Sumit studied as the Imperial College in London, where he trained as a Physicist.

After completing his degree, he then found a passion for journalism, which led him to work in both London and New York. Sumit's specialist subjects were finance and technology, which he published written content on for 15 years. In 2008, after a successful journalist career, Summit moved back to the science sector. In 2011, Sumit was first an editor and later the Editor in Chief for New Scientist, improving the standard of their written content for nearly a decade.

As a talented editor, Sumit also worked for Arc as their Editor in Chief from 2012 to 2014. Arc is a highly regarded digital publication, which specialises in contemporary poetry. In 2016, he moved to New Scientist Live to work as their founding Creative Director, as well as judging the annual Wellcome Book Prize. New Scientist Live is a popular annual science festival that brings together various sub-topics within the field of study, as well as new, innovative ideas.

Sumit bridges the gap between complex ideologies and the everyday person, as he clearly and eloquently explores science, technology and literature with his audience.

The Computational Foundry is celebrating its four year anniversary and we have invited Sumit to talk about celebrating success and how to make sure we communicate this well to the science community and wider.