Home Today This week
‘Cymru, Cynefin and Canons: How Literatures Shape Our World’
Add to Calendar 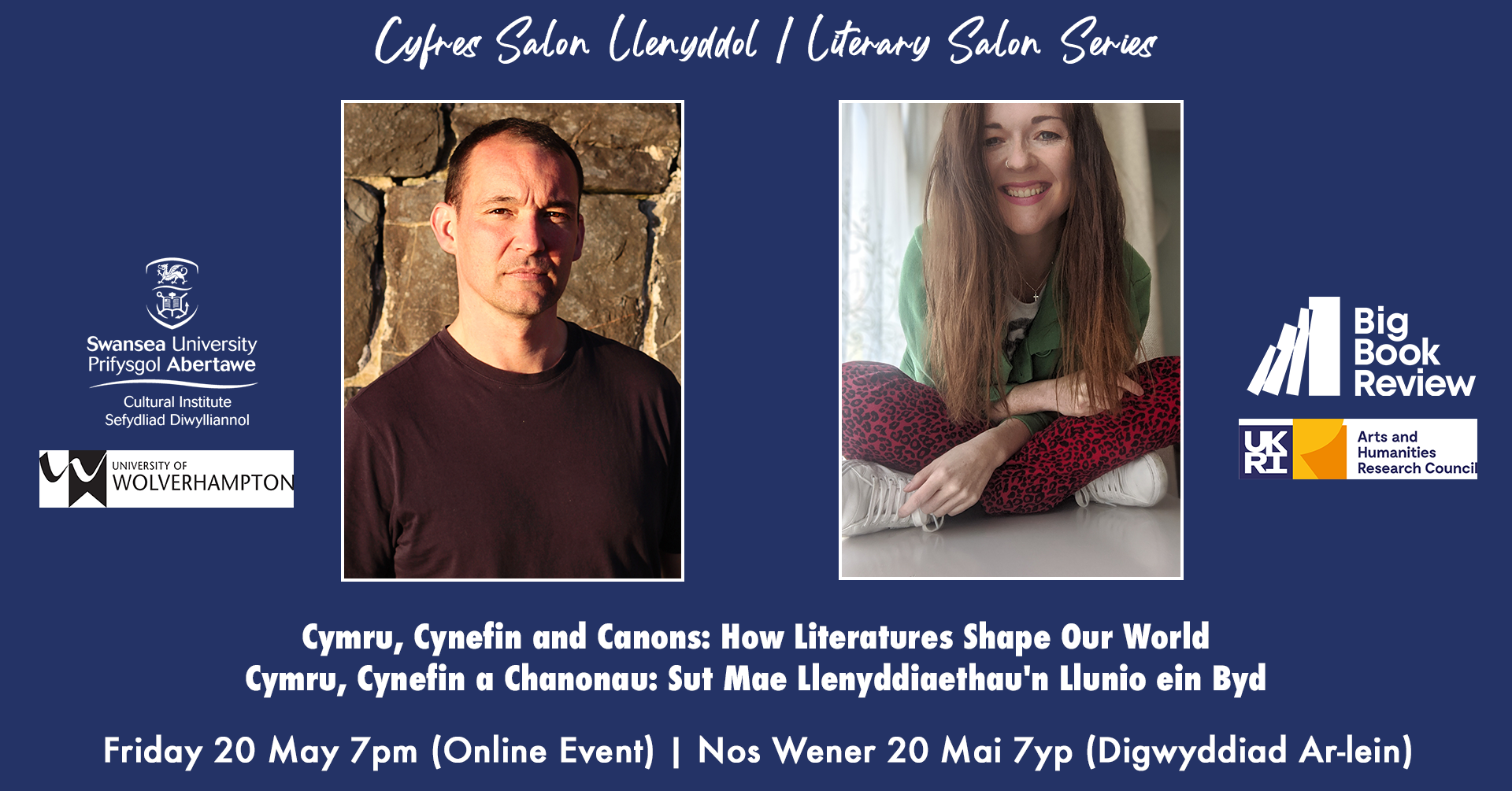 Cynan Jones is an acclaimed fiction writer from Wales. His work has appeared in over twenty countries, and in journals and magazines including Granta and The New Yorker. He is the winner of a number of awards including the BBC National Short Story Award and the Jerwood Fiction Prize, and has also written for television and radio.

Manon Steffan Ros is an author and scriptwriter. She has written more than 40 books and has been awarded prizes including Wales Book of the Year and the Tir Na N’Og prize for children’s literature. Her novel, Llyfr Glas Nebo, has been translated into eight languages. She lives in Meirionnydd with her sons.

Professor Kirsti Bohata is a leading scholar in the field of Welsh writing in English, and has published on postcolonial theory, queer literature, disability studies and literary geography from the late nineteenth-century to the present. Her most recent books are Queer Square Mile, an anthology of queer short stories from Wales (Parthian, 2022) and Disability in Industrial Britain (Manchester University Press, 2020) which is fully open access. She is Co-Director of CREW (the Centre for Research into the English Literature and Language of Wales) and the multidisciplinary Richard Burton Centre for the Study of Wales at Swansea University and co-Chair of the Association for Welsh Writing in English.

Dr Richard Robinson is Associate Professor in the Department of Literature, Media and Language. He works in twentieth-century and contemporary literature, with a particular interest in modernism and its afterlife, style, Irish writing, and literary representations of central Europe. He is the author of two monographs, Narratives of the European Border: A History of Nowhere (Palgrave, 2007) and John McGahern and Modernism (Bloomsbury, 2017). He has published on writers such as John McGahern, Kazuo Ishiguro, James Joyce, Italo Svevo, Elena Ferrante, Rebecca West, Ian McEwan and Edward St Aubyn.

Dr Aidan Byrne is senior lecturer in English Literatures at Wolverhampton University. His research includes Welsh literatures, politicians’ fiction and popular culture. He is currently co-investigator on the AHRC-funded Novel Perceptions digital humanities project exploring canonical anxieties, literary tastes and popular ideas about literary quality. He is secretary of the Association for Welsh Writing in English / Cymdeithas Llen Saesneg Cymru and can be found @plashingvole.

New Research suggests that Welsh literary tastes - even in English - differ from those of the rest of the UK. How do Welsh readers see the world differently? What roles do local reading and writing communities play in this?

As part of the AHRC-funded Big Book Review project, join authors Cynan Jones and Manon Steffan Ros in conversation with Professor Kirsti Bohata and Dr Richard Robinson (Swansea University) and Dr Aidan Byrne (Wolverhampton University) as they discuss the relationship between story and place, the importance of Welsh writing and Welsh literary identity.

Aidan will also reveal findings about Welsh reading habits indicated by our work with the BBC's Novels That Shaped Our World, and invite you to take part in our research to tell us what really makes a good book.