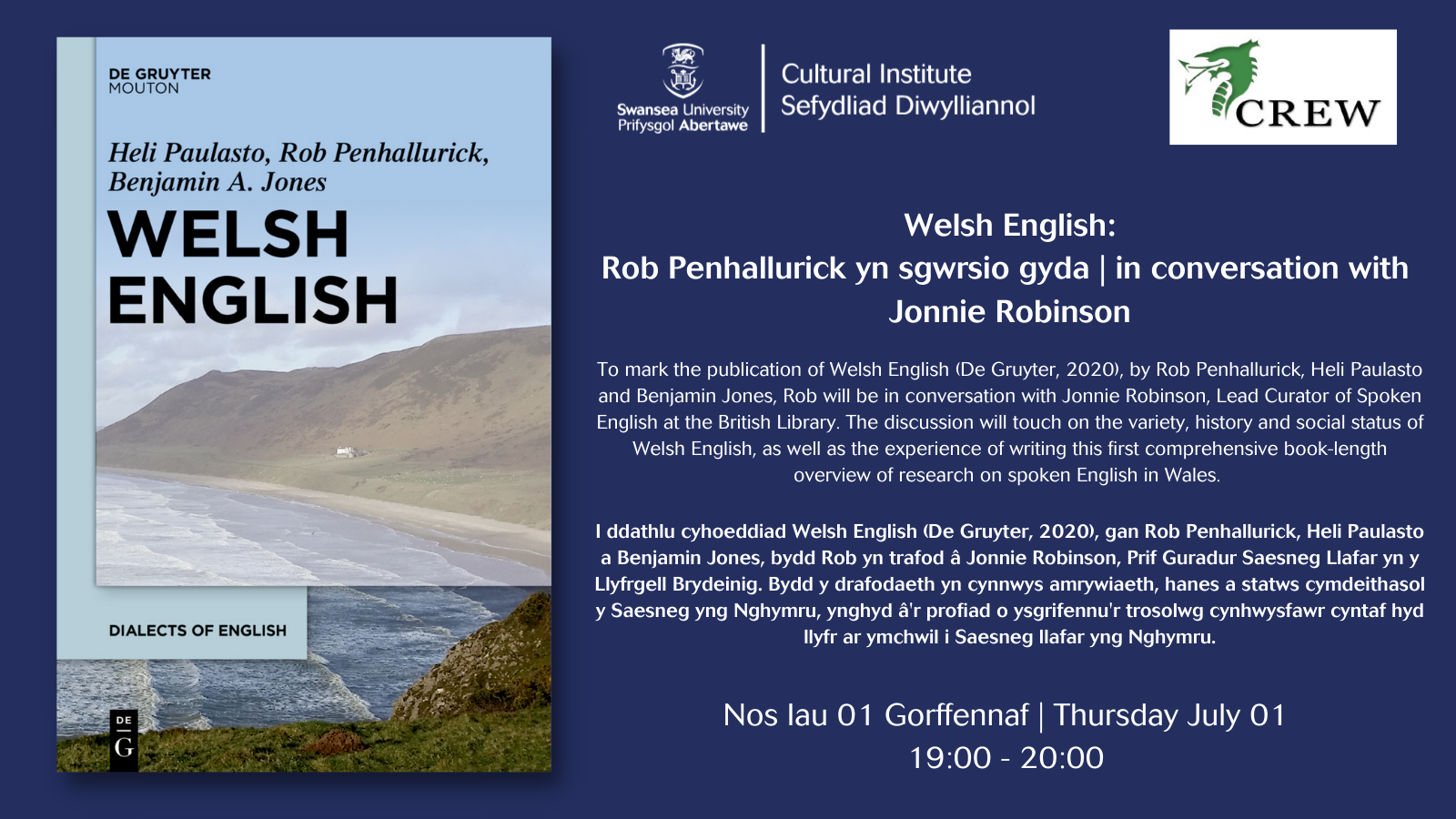 Rob Penhallurick is the author of Studying the English Language (2003, 2010, Palgrave Macmillan), Studying Dialect (2018, Palgrave Macmillan), and a contributor to the Mouton World Atlas of Variation in English, the Electronic World Atlas of Varieties of English (https://ewave-atlas.org), Language in the British Isles (Cambridge University Press), The Oxford History of English Lexicography and other leading works on varieties of English and their study. He has worked for four of the major dialect surveys of Europe: BBC Voices, the Atlas Linguarum Europae, the Survey of English Dialects, and the Survey of Anglo-Welsh Dialects. Rob is also the curator of the Archive of Welsh English and author of two monographs and many essays on Welsh English.

Jonnie Robinson is Lead Curator of Spoken English at the British Library and responsible for the Library’s extensive archive of sound recordings of British accents and dialects. He has been fortunate to work closely with sound recordings created for two nationwide surveys of regional speech, the Survey of English Dialects and BBC Voices and in 2010 co-curated the world’s first major exhibition on the English Language, Evolving English: One Language, Many Voices. His books include East Midlands English (de Gruyter, 2018 with Natalie Braber) and A Thesaurus of English Dialect and Slang (CUP, 2021).

To mark the publication of Welsh English (De Gruyter, 2020), by Rob Penhallurick, Heli Paulasto and Benjamin Jones, Rob will be in conversation with Jonnie Robinson, Lead Curator of Spoken English at the British Library. The discussion will touch on the variety, history and social status of Welsh English, as well as the experience of writing this first comprehensive book-length overview of research on spoken English in Wales. In addition, Rob and Jonnie will talk about their ongoing collaboration aimed at preserving and promoting the historical audio recordings of the Survey of Anglo-Welsh Dialects.

Present-day accents and dialects of Welsh English are the combined outcome of historical language shift from Welsh to English, continued bilingualism, intense contacts between Wales and England, and multicultural immigration. As a result, Welsh English is a distinctive, regionally and sociolinguistically diverse variety. In addition to existing research, Welsh English uses a wide range of spoken corpus data gathered from across Wales in order to describe the phonology, lexis and grammar of English in Wales. It includes discussion of sociolinguistic and cultural contexts, and of ongoing change in Welsh English. The book is accessible to the non-specialist, but of particular use to scholars, teachers and students interested in English in Wales, Britain and the world. It provides an unparelleled resource on this long-standing and vibrant variety.