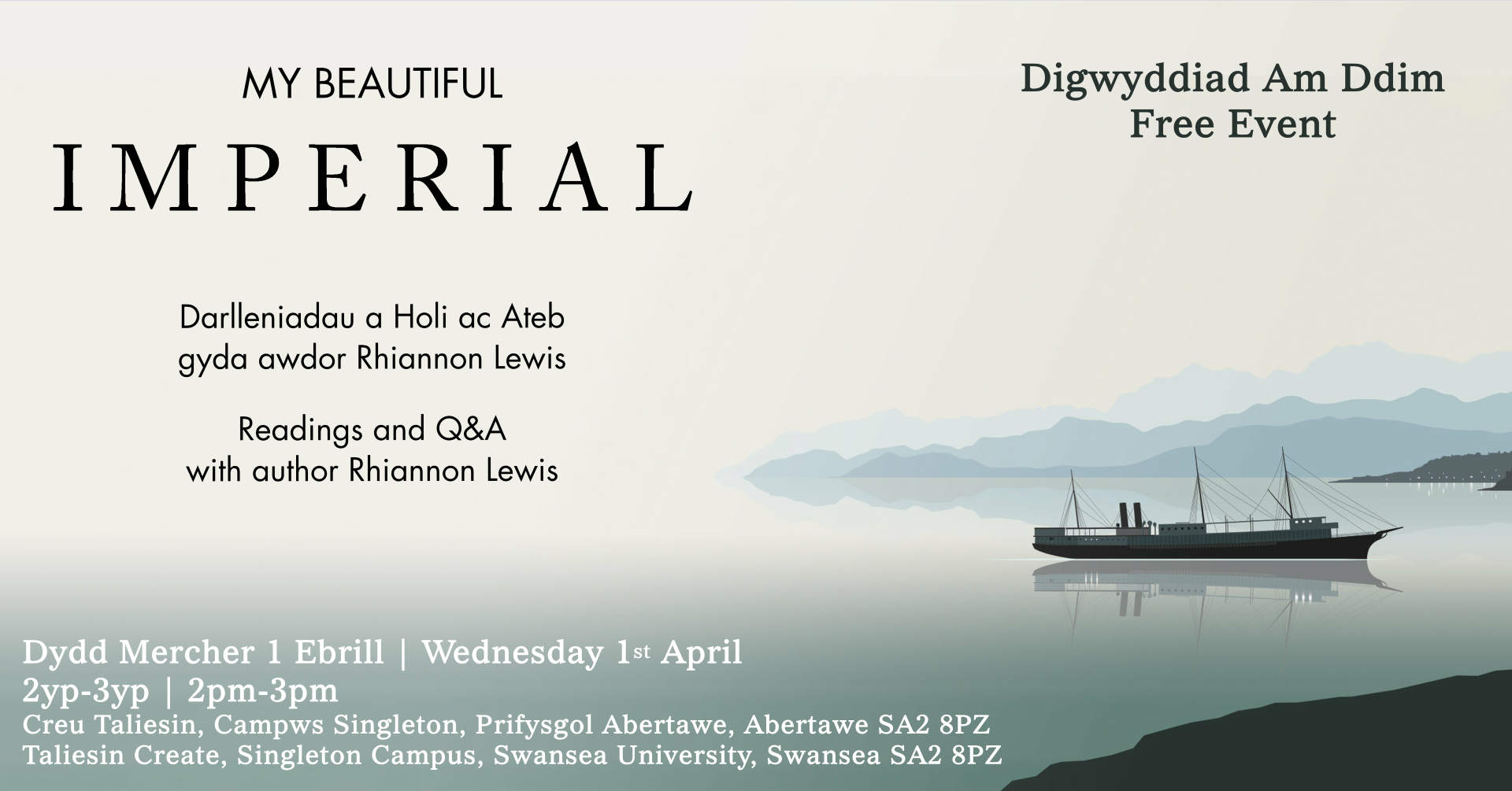 This event is part of the Taliesin Create series

My Beautiful Imperial (Mi Querido Imperial) is a historical novel based on the astonishing true events of the Chilean Civil War of 1891, and how a West Walian sea captain of humble origins came to play a pivotal role within it. In the words of the Graphic magazine at the time, David ‘Jefferson’ Davies and his ship, the Imperial, gained ‘no little fame’ for the part they played, in effect, supporting the Chilean government against British interference.

However, the ship and its captain disappeared from the history books, and Rhiannon Lewis spent over 20 years researching the story, inspired by the discovery of an old photograph album. Rhiannon’s debut novel was published by Victorina Press in December 2017, and in March 2018 it was listed by the Walter Scott Prize Academy as one of its twenty ‘recommended’ books, sharing the accolade with such writers as John Banville, Polly Clark, Marcel Theroux, Neal Ascherson, Rachel Seiffert and more, authors who included renowned Booker prize winners and nominees.